Melsonby, England
15 years ago i started collecting live bootlegs of The Verve, exchanging CD's by post.

That's a bit outdated nowadays, so i thought might as well make them available for anyone to download-

So click here for 19 albums of live gigs and demos. More may follow if/when i come across them. 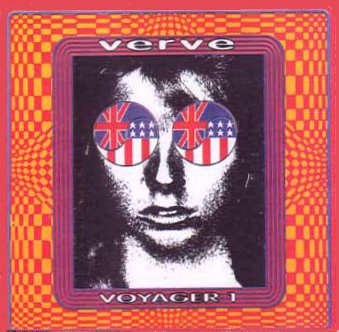 During my walk, lots of people asked me "you must have to carry tons of maps?", and whilst i always carried a proper map for mountains and moorlands, for the in between bits i relied largely on Orux Maps on my smart phone.

It allows you to select areas to download and use offline from many map sources, including Ordnance Survey (sourced from microsoft bing maps).
It has loads of features using GPS to follow or record tracks, etc etc.

If you want to download bigger areas, the recommendation (which i can vouch for) is to use Mobile Atlas Creator on your PC.
Just get the co-ordinates of the area you want (easy way is to draw a box on the openstreetmaps website) and then specify the levels of zoom you want.
You can build up a useful atlas with google maps or a road map for high level zoomed out viewing, and OS for the detail. Then save in OruxMapsSqlite format and copy to your SD card.

The complication is that both of these applications have recently been forced to remove OS maps from their new versions - however the old versions linked to here still work perfectly - just make sure you've turned off automatic updates on your device and click NO if prompted to update mapsources.xml

To install Orux Maps, copy the .apk file to the SD card on your android smartphone or tablet.
You will need a file manager app to then browse to the file and install it.
Also, in Settings>Applications, tick the "allow apps from unknown sources" box.

To install MOBAC on your PC, just unzip it.
Melsonby, England
Just a taster here, but i've uploaded more to flickr:
http://www.flickr.com/photos/stuartpinchin/sets/72157636661786814/

So over four and a half months i got to know my kit quite well - some of it got replaced and upgraded, and some was reliable and impressed me throughout.

First up the Goal Zero Nomad 7 solar panel.
I like a few gadgets: camera, mp3 player (sansa clip), smartphone, gps, and a small portable speaker. All these things charge from the same micro usb cable.
I've had a small solar panel before but it was pretty useless - but the Nomad 7 has a 7 watt output in direct sunlight and will therefore charge all of the above devices as quickly as if they were plugged into the wall.
In overcast conditions it still managed to charge the low power items (sansa clip and speaker), which was fantastic news as i tended to listen to more music to cheer me up when the sun wasn't out.
The panel is robust (although you'd have no reason to leave it out in the rain) but its taken its fair share of abuse from scrapes and impacts and still works. It clips on to your backpack easily if you buy a cheapo set of mini caribiner clips.
Taking a look at the market now, several erstwhile competitors have appeared which can only be a good thing, but i hope to keep relying on this bit of kit for a few more years.

Second thing, again on the comforts side is the Thermarest NeoAir X-lite air mat. When you've been hiking all day you want a good nights sleep, although to be fair you'll probably just pass out from fatigue anyway, but this thing is awesome.
Yes you have to huff and puff to blow it up, but it goes to about 7cm thick, providing not only comfortable cushioning but great insulation from cold ground. Also somehow it doesn't collapse at the edges if you roll to one side.
The second benefit is that it weighs nothing (well, 350g) and packs down nice and small inside your rucksack, so no cumbersome giant foam rolls stuck on the outside of your bag.
I've slept on it for nearly 5 months and whilst it seemed like an expensive purchase its been worth every penny.
Melsonby , England
Well with 9 hours on the train home i had time for some ponderings.

The cliche goes something like this:
"The end of such a journey is always a time for reflection, and a mixture of emotions"

Yes indeed.
Relief at surviving to the end, reaching my goals without mishap.

Pride at how far i've come, both in physical distance and dare i say it in "growing as a person", having gone to new levels of self dependance and minimalism.

Sadness that i'm suddenly going from such freedom, roaming the open hills like the deer, to being filed away at a specific address.
Looking out of the train window as in a matter of hours the miles pass by that i spent months conquering.

So.
A popular question has been "what's next?"
After such an epic, where do i go from here?
In truth the experience has only made me more aware of what a novice i am in terms of these activities, and how enormous the possibilities are.
There are plenty more enticing long distance trails, El Camino de Santiago, The Appalachian Trail, Pacific Crest Trail to name a few, never mind the infinite possibilities of making up your own route to anywhere.
There are plenty of people who have been wandering around the globe for years, some fulfilling interests in photography and journalism, some in the most lightweight way possible just for the challenge, and some just for the fun of it. In our highly developed, safe country i've barely dipped a toe in the shallow end.

And then there are the part timers i met, the "weekend warriors", who use every bit of free time to bag munros, kayak around islands, climb icy mountains. All much more dedicated than my plodding 15 miles a day and stopping for a pint.

But I'm not dismissing my own achievement, just adding some perspective.
I learned a lot about my homeland, finding much to admire both in the landscape and the people, from friendly locals in pubs to those who have completely orientated their lifestyles around being in the outdoors, through work, living in campervans, or being completely homeless. (I met one bloke on the south coast who has been living rough for 15 years and loves it)

Now i feel a duty, a responsibility to take this awareness and build upon it. And i will, after i've had a nice rest!

The train journey continues, leaving behind the welcoming wild highlands and returning me to the bustle of civilisation. All too quickly, i'm going to get culture shock!

But i am actually looking forward to settling down for a couple of years, having some stability.
There are so many things to rush off around the world to do and see, but they aren't going to disappear (well some might), and all the time i'm away i miss out on the satisfactions of home life. And i'm not just saying that because all my friends are getting married, having kids and turning 30!